From Start-Up to Success 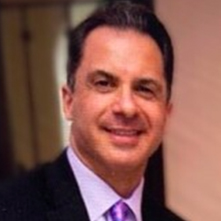 Alexander Bafer is a seasoned executive and established entrepreneur with prominent experience in venture capital and investment management centered in the technology and entertainment sectors. Having formerly led the organization and development of notable startup companies with successful exits, his most recent headlines center on fuboTV, the industry-leading sports first streaming service, now trading on the New York Stock Exchange (NYSE:FUBO).

Mr. Bafer’s business management and financial acumen were apparent early in his long career. After graduating in the top 4% of his St. John’s University class, he co-managed a $500 million portfolio at Merrill Lynch in New York City in the mid 90’s. In the late 90’s he accepted a position as senior account executive with Preferred Securities Group in Boca Raton, Florida, where he was quickly promoted to President and Managing Director, responsible for overseeing the firm’s three trading offices, 50 registered representatives and numerous support personnel. Rounding out his experience with financial instruments and transactions, By 2001, Mr. Bafer accepted an equity position as a fund manager where he was involved in all aspects of building, organizing and managing a hedge fund.

In addition to connecting worthwhile companies and capital, Mr. Bafer continues to utilize his success and experience in developing businesses and assisting others in organizing and developing their businesses. He provides advice to early and late stage companies, whether they are in need of capital, expansion or guidance, with a prescient eye on developing a lucrative exit for founders.

FuboTV is a fast-growing streaming platform that offers everything from sports to family entertainment. Partnerships with NFL, MLB, NBA, NHL, international soccer, a recent distribution deal with Disney and ESPN, and the availability of countless news networks, television series, and movies have cemented FuboTV as the premiere television streaming service. Mr. Bafer served as FuboTV’s Executive Chairman Of The Board, assisting in the company’s up listing onto the NYSE as one of the hottest performing IPO’s of 2020.

Pulse Evolution Corporation is a recognized pioneer and leading developer of hyper-realistic digital humans for entertainment, virtual reality, augmented reality, and artificial intelligence. Among many other revered visual animation contributions, notable accomplishments include the production of Academy Award-winning visual effects for The Curious Case of Benjamin Button and the virtual performances of Tupac Shakur at Coachella and Michael Jackson at the 2014 Billboard Music Awards. Pulse Evolution was acquired by Recall Studios under Mr. Bafer’s leadership.

Carolco Pictures is an independent motion picture production company and is responsible for such film classics as Terminator 2: Judgement Day, the Rambo series, Total Recall, and Basic Instinct. Nearly 20 years after it went bankrupt in the ’90s, Brick Top brought the Carolco name back into operation, reinvigorating its prospects alongside original founder Mario Kassar.

FaceBank Group is a digital entertainment company that offers sports, news, and entertainment through its subsidiaries, also developing digital human likeness for celebrities and consumers. FaceBank Group founders Alexander Bafer and virtual reality veteran John Textor were at the helm of FaceBank throughout the merger with FuboTV.

Mr Bafer founded and served as Chairman Of The Board of Recall Studios, a company that offered augmented and virtual reality and new media production assets to be distributed across the full spectrum of traditional media and emerging display technologies. Recall developed industry-leading AR applications before acquiring a majority interest in Pulse Evolution.